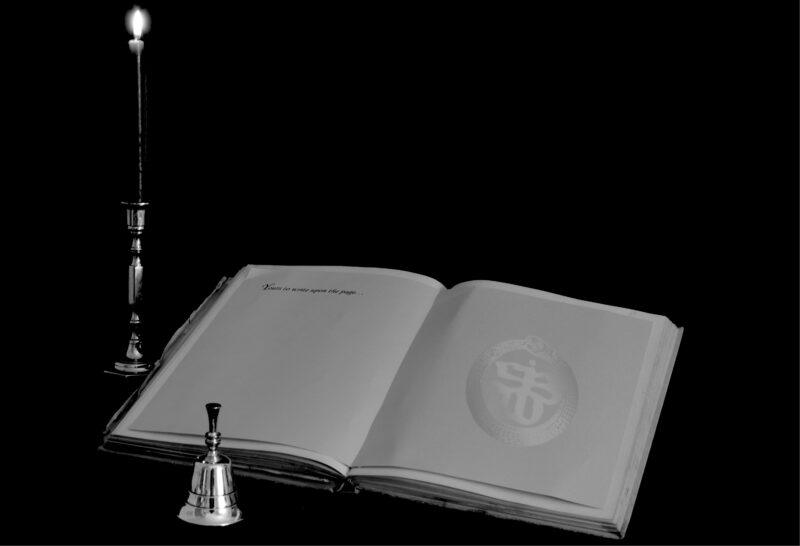 Review our selection of bells

The use of bells is found in many magical traditions besides the dark arts including Wicca, Buddhism, Hinduism, Japanese Shinto, and many sects of Christianity. While the purpose and meaning of bells vary widely among these different traditions, it’s generally recognized that the ringing of a bell communicates a message of some kind, whether to participants in the religion or to entities in the spirit world.

Uses for bells include:

Bells are crafted from many materials: silver and iron are considered most auspicious, especially for protection, fertility, and healing.

For Ritual’s in the dark arts, it is often not desirable to have a gold bell, because of the undesirable connection to church ritual tools which are often in gold. Silver style bells are always best for the dark arts style rituals.

In Witchcraft or Wicca

A Ritual bell is used in opening and closing your ceremony or ritual clearing energies and bringing focus. Use your bell to clear the energy before, during, and after a spell or ritual. In Casting the Magic Circle. They are passed through the ‘four corners’ summoning the guardian spirits of the Directions and the Elements.

IDEA: Right after lighting the Candles, Witches pass the bells over the flames, gently ringing them to call out for the spirits’ assistance.

The bell is usually on the left side of the altar, where tools representing the Goddess are found. In most traditions, it is associated with the element of Air.

Also, your bell can be used in rituals for magic and healing as you call upon Gods, Goddesses, deities, as well as elemental powers and energies. One gentle ringing can instantly summon their friendly spirit.

Witch Bells can be used to drive away unwanted spirits or even to signify to our friendly entities, that our work is done.

In the Dark Arts

The tonal quality of the bell used should be loud and penetrating, rather than soft and tinkling.

If you have a bell you should ring it three times at the beginning of a ritual. It should also be rung at the end of a ritual, perhaps followed by the words “So it is done.”