Belial is a demon king of Hell that commands at least 50 legions of spirits. In Hebrew, the name “Belial” can be translated to “without God’ and “worthlessness.” Although he is often associated with Satan, they are two different beings. This demon is useful for spiritual and material wellbeing, and he can help you become the master or mistress of your life. He is referred to as the Angel of Darkness and an antagonist to God. He is one of the ruling forces of the Goetic spirits.

Belial is a powerful demon king, created next after Lucifer. He appears in the form of two beautiful angels sitting in a chariot of fire. Different people claim that he appeared to them in various forms. As a Draconian guide, he manifests with a reptilian skin, which could be a serpent or a dragon. In rites of magic, he might appear as a hooded lord with two heads; a double-headed eagle or a horned demon.

He guards the gateway that connects the bright and dark sides of the Tree of Life. During an initiatory process, he assists in preparing the consciousness for the opening of the Gate of Daat. An Initiate on the path of the Nightside meets Belial at the threshold of the Abyss.

He is well known to be a hostile spirit that rises through the palace of black fire on the earth and descends to astral Qliphothic temples. He opens the path full of Primigenian Gnosis, which transforms the soul of the Adept into a vessel that is charged with the powerful elixir of this venomous secret seed of Belial.

An Adept that works with this spirit must learn to unite his soul with Belial. His soul is transformed into a god form. Belial teaches him how to connect with the powers of forbidden knowledge. He opens the gates to knowledge and self-deification. He is associated with fire and earth. While working with him, give him an offering; otherwise, he will lie to you. He presides over lust, and that is why he is summoned in sex and attraction spells.

How to Evoke Belial By Baron and Baronessa Araignee 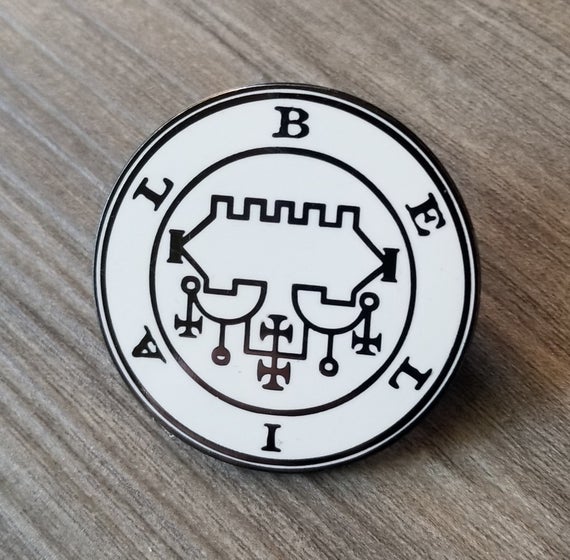 When you evoke this king, he will likely appear with ten spheres, which are the spheres of his judgment and ruling. They will judge your worth and state if you are eligible to proceed to his throne.

You must be clean when you face him, so bathe in saltwater three days before the ritual. Also, abstain from meat and the desires of the flesh for the same period. His evocation should be initiated first on the night of Mercury and the first hour of Mars. You should be alone in your chamber.

Set up the space.

I (state your name) respectfully call and evoke Your presence here and now majestic Belial. Come forth, Great Emperor, and manifest yourself here in this place. Let your Dread Spheres herald your throne and judge my worth here and now! (Pause and wait. If you may continue, you will be notified.)

“I thank you for regarding me and choosing to hold audience with me, Lord Belial. Be welcomed in this world as it is your foot-stool. I seek unity and guidance from you, oh Great Belial! Judge my worth as I place my mark upon yours – but judge me not unkindly, for I am but a human.”

If the ritual was successful, Belial will tell you a day and time when he would commune with you. He will also give you other clear instructions on what to do. So after a consultation with this king, expect vivid dreams and a drastic change of events.

Working with Belial to Manipulate a Target

Do you wish to change someone’s mind and make them take your side? Belial is one spirit to work with to achieve your goal.

Three days before the ritual day, recite the following prayer to Belial and offer him a different offering each day:

Mighty and Powerful Belial, hear me. I come to you willing to receive your teachings and glory. Accept my sacrifice symbolized by this offering as a sign of our communion and respect.

Seal, you now represent a connection with Belial. So mote it be.

O Mighty and Powerful Belial, great and feared, I invoke you.  I ask you to listen to me and be willing to receive my requests.

Your powers and abilities are what I need right now.  Wherever you are in the world, I invoke you, Belial.

I humbly offer you this [insert the name of what you are offering] and a drop of my blood.

Listen to me and help me to [insert your wish].  Grant my wish within [insert how many days you will give him to fulfill your requests] and without causing harm to myself, my family, my friends, or anyone else.

Pierce your finger and drip a drop of your blood on the altar. Your blood will provide more energy to Belial.

End the ritual by saying:

I thank you, spirit Belial for your help in this rite.  Your presence honors me because I know how powerful you are.  You can now go back from where you came from, ready to fulfill what I have asked from you.

To conclude the ritual, close the circle and the triangle. Perform the Banishing Ritual of the Pentagram. You can dispose of the offerings a few hours later.

Belial is believed to have been created right after Lucifer, so you can imagine how ancient and powerful he is. Working with him requires patience and confidence since he can completely ignore, manipulate, or deceive you if you think he is not great enough or show your weaknesses to him.