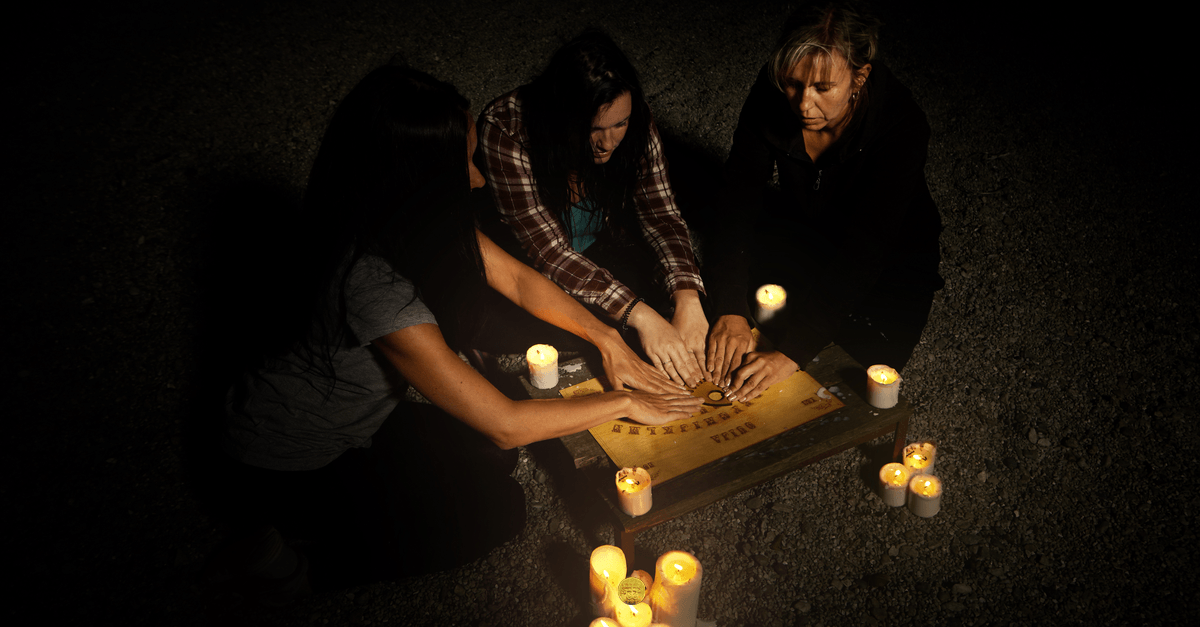 Magical Herbs for Communication with the Dead

Mullein: Erroneously described as a substitute for graveyard dirt, this in fact is a misconception. Known as the “Hag’s Taper”. The soft leaves are used as candle wicks and the dried stalks are soaked in beeswax or tallow to make a torch for rituals of necromancy. It is also burnt to see manifestations of spirits of the dead at night, to see into the Otherworld, and communicate with the spirits and deities that dwell there. Can also be used in talismans.

Wormwood: Used for summoning spirits and to help them manifest.

Cedar: The dried needles when smouldered serve both as a sustaining feast and call for the blessed dead, and the smoke is used to exorcise malevolent shades. The wood works for this purpose as well when turned into a fetish or as a staff.

Dittany of Crete: Used to aid in the manifestation of the spirits of the dead. Also has somewhat of a nasty reputation because of where it tends to grow. Harvesters tend to fall from the cliffs and crags where it grows and plummet to their death.

Aconite: Also known as Wolfsbane aka Monkshood. Wolfsbane is perennial Alpine woodland wildflower and a member of the deadly aconite family.Because of its incredible toxicity it is better to not to harvest it. If one has the dried root it can be preserved in order to serve as a tutelary spirit. Not to be used by amateurs.  Wolfsbane gets its name from the fact that it was once used to kills wolves. In Greek myth, Medea attempted to poison Theseus by putting wolfsbane in his wine. Wolfsbane has traditionally been used to protect homes from werewolves and can be used to prevent shapeshifting. Because of its baneful nature, it could be used in sympathetic magic to bring harm to another by creating “elf bolts” of sharpened flint dipped in wolfsbane juice and piercing a poppet for the victim with them.

Yew: Known in European countries as the Death Tree, it is a symbol of death, reincarnation, and longevity. Is planted in graveyards to protect the spirits of the dead. It can be used to banish malevolent spirits of the dead. Often associated with sorcery and dark magic. It is considered the sister of the Tree of Life, the birch.

Apple: Considered the food of the Irish dead and the inhabitants of the Otherworld. Can be added to incense blends to feed the spirits of the dead and ancestors.

Mugwort: Ingested as a tea to aid in divination and talking to the dead. Also boiled in water and, then the liquid is used to wash divination tools.

Copal: Serves as a offering to the dead and can be used to appease the spirits  who remain in states of trauma or confusion after death.

Willow: The wood of the willow is used in incenses and in the construction of fetishes dedicated to the dead.

Tobacco: May be presented as a herbal offering upon a ancestral altar or a grave in the form of a incense or sacramental smoke to honor the shades of the dead.

Cypress: The oil of this tree serves as a great addition to incenses and formula of the underworld.

Myrrh: The oil aids in all blends of a necromantic design. Can also be mixed into incenses.

Graveyard Mold: Technically no folklore or magical traditions associate this herb with necromancy of any kind. However I have included it here because I believe it can be used as a compound in necromantic incenses. Since it grows on graves it should contain some of the essence of the dead.

Mandrake: According to legend King Solomon carried a piece of this root in his seal ring to give him sovereignty over souls. Since one of its names is the “Little gallows man” it can be used as a poppet for laying curses of death, illness, pain, etc.

Birch: Petitions and blessings are written on the bark of this tree which is then burnt or buried in the grave of the spirit.

Bay Laurel: Used to communicate with the dead, possibly through use as an incense. Easily available in the form of bay leaves.

Chervil: Also known as garden chervil or “gourmet’s parsley” a tea or other drink made with it can be imbibed to aid in rituals of communion with the dead.

Lavender: Burnt as incense in order to bring peace of mind to the dead.

Marigold: Associated with funerals and used in funeral sprays.

Asphodel: In Greek legend is connected with the dead and the underworld. Sacred to Hades, Persephone, and Hekate. The roots were eaten by the poor of Greece and hence thought good enough food for the dead. Could be burnt as incense or the roots could be given as food offerings.

Thyme: Burnt as an incense helps ease the soul of a person who died a violent death.

American Sycamore: Known as “Ghost Trees” for their distinctive patchy appearance. Associated with the dead and poverty.

Elder: In Norse mythology the tree is considered the Guardian of the Road to Hel (and thus sacred to Hela, Goddess of the Dead). Also associated with the ancestors.

The Witches Book Of The Dead By Christian Day

How To Communicate With Spirits By Elizabeth Owens

Glow In The Dark Spirit Board 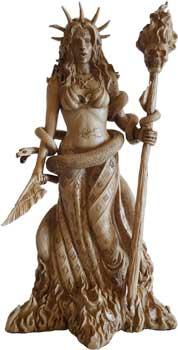 Hecate is the daughter of the Titans Perses and Asteria. She is the Greek goddess of magic, sorcery, witchcraft, crossroads, knowledge, and necromancy.

Odin – Odin (Old Norse: Óðinn) is the god of wisdom, poetry, death, necromancy, divination, and magic. Said to have created the Runes.

Anubis  – the stern guardian of the underworld, the jackal-headed God of the Egyptians,