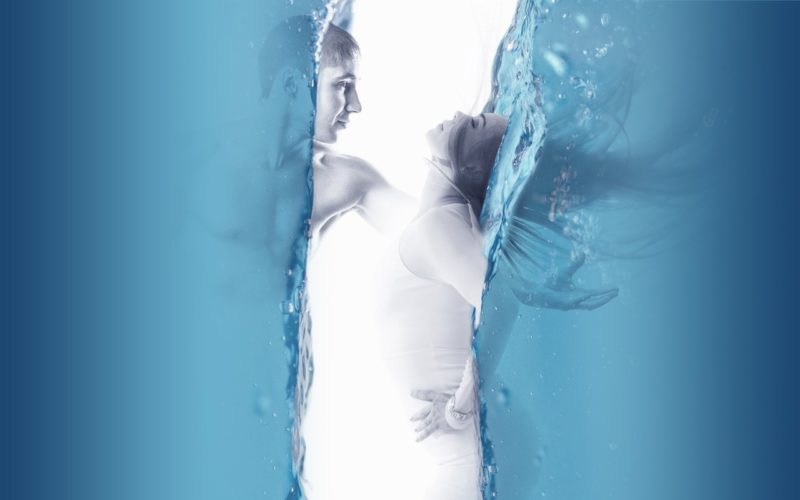 As with anything else magical, you also need to deal with the mundane issues. If your partner is having sexual problems, you should first make sure to investigate any mundane causes. A lack of sexual interest can be a sign of depression or stress-related exhaustion.

Some medications can cause impotence or suppress sexual desire, as can certain medical conditions. And old resentments and emotional issues can sometimes boil up when you least expect them.

If a doctor, a couples therapist, or counselor can be of assistance, why not take advantage of their professional services? If that is not an option, then magic is a great solution!

Impotence is the inability to sustain a male erection. Erectile dysfunction can be a sign of a physical or psychological condition. The main symptom is a man’s inability to get or keep an erection firm enough for sexual intercourse. It can cause stress, relationship strain, and low self-confidence. It can lead to a breakdown in relationships and cause embarrassment and depression.

In the 13th century, the medieval theologian Thomas Aquinas believed that demons were the most likely cause of erectile dysfunction. A few hundred years later, in a medieval textbook for witch hunters called Malleus Maleficarum (the “hammer of witches”), men with impotence problems were urged to track down the women who had bewitched their penises and persuade them, with violence if necessary, to restore their erections. Far from a remedy for impotence, the resulting persecutions were a blot on history (and you can blame that on ignorance, not the devil).(1)

At BWC, health spells are great to cast, on a male having such an issue. Here is a spell from our Book of Shadows for you to try at home:

I used a green candle, as well as several supplies including

Please get a white candle and a small pin or penknife to carve (your name and person with ED) into it.  It doesn’t have to be neat at all.  So for seven nights in a row, I would like for you to meditate in front of the candle for at least five minutes. I want you to sit and relax, close your eyes and imagine yourself feeling peaceful, loving and gradually more and more connected to (the person with ED) physically and emotionally.

From your core, send out an inviting energy amplifying out from your aura into the ether. Spend time feeling gratitude the way you would if this actually materialized in your life. The more often you do this, the faster the energy should flow to you. As many times during your meditation as you like, say the following affirmation:

“Help me overcome that which is limiting my ability to give and receive love.”

You may keep the candle or dispose of it in running water (river, stream, lake) afterwards.  Try not to think to hard about the manifestation of your desire, for it will come and you will be able to feel much more connected to (the ED Target) and he will relax and find himself able to express himself physically in the ways that he would like without any difficulty.

You do not want to see the wax running too fast, or black smoke from the candle. If you see these signs, keep repeating the spell.

Ancient Chinese philosophers believed that a man’s yin and yang (contrary forces that interconnect — such as hot and cold) were out of balance by age 60, and without enough life-giving yin, he was bound to run dry on sexual energy. Around 2500 BC, a textbook of traditional Chinese medicine listed a potion of 22 ingredients that was used to help the emperor bed 1,200 women.

Potions aside, acupuncture (a treatment that uses needles to balance streams of energy in the body) was also used as part of traditional Chinese medicine to treat erectile dysfunction — and it is still being used in both China and America today.

We will provide links to additional herbs,  if we sell the item, but many of these items, you may have access to items in your own kitchen. For example:

*Indicates the suggestion is from Cunningham’s Encyclopedia of Herbs

Ritual Uses: In sacrifices to the Gods, a banana stalk was sometimes used as a substitute for a human, both in Hawaii and Tahiti. Until the kapu (code of taboos) in Hawaii was broken in 1819, certain kinds of bananas were among foods forbidden to women on pain of death. The banana plant is also used in contemporary voodoo rites, in which it represents the gods, since both they and the banana’s flowers are hermaphroditic.

Ritual Uses: Some beans’ flowers are white, and hence sacred to the Goddesses of old Europe. Beans are always sacred to harvest goddesses. According to tradition only the highestranking priestess in Scotland could either plant or cook the bean. Beans, along with pork, were offered to Cardea in Rome on June 1 st. They are also associated with the Underworld and the dead: and in ancient Rome they were distributed and eaten during funerals.

Magical Uses: A man who suffers from impotency has but to eat some capers and he will be cured. The caper is also used in love and lust formulae.

Magical Uses: Use black cohosh in love sachets and add an infusion to the bath to help in cases of impotency.

TOP TIP: Ginseng can be a substitute for the mandrake

Ritual Uses: Since the oak was a source of food for early settlers in Britain as well as Europe, it came to be revered and worshipped far back into prehistory. The Druids (traditionally) would not meet for rituals unless an oak was present, and the very words “oak” and “Druid,” some say, are related. Religious idols were fashioned from oak wood, and Witches often danced beneath the tree.

Ritual Uses: The oil was burned in lamps to light temples in ancient times.

Magical Uses: The date palm is a celebrated fertility tree, owing to the tremendous amount of fruits produced by it. Thusly, dates or pieces of palm leaves are worn or carried for this purpose; dates are eaten to increase fertility, and the pits are carried by men who wish to regain sexual potency.

Where the palm grows, it protects the area from inclement weather, and a leaf of the palm kept near the entrance of the home keeps evil and uncanny creatures from entering.